If you are organizing a race in or around the greater Bucks County, PA area and would like your event listed in our calendar, please complete our community events submission form for consideration. 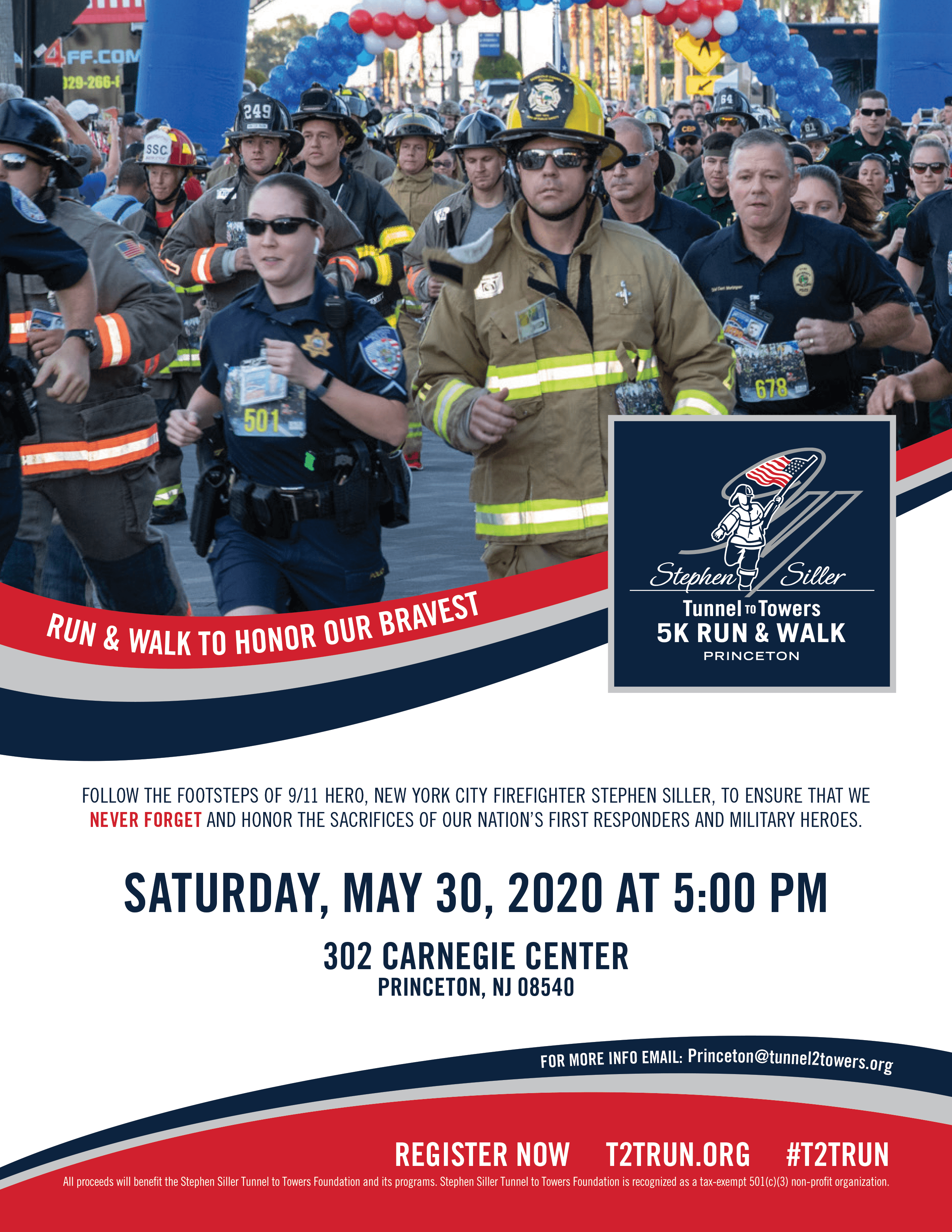 The Tunnel to Towers Princeton 5K Run-Walk will be run through the beautiful grounds within the Carnegie Center office park.  The Tunnel to Towers Foundation was founded to honor fallen FDNY fire fighter, Stephen Siller.  On September 11, 2001,  Stephen had just come off duty when he heard about the first airplane hitting the World Trade Center; he immediately returned to his station house but his fellow fire fighters had already left.  He gathered his gear and drove to the Brooklyn Battery Tunnel where he was stopped for security reasons.  He strapped on 60 lbs. of gear and ran through the tunnel to the towers where he tragically lost his life.

Charity Navigator rates T2T as a 4 Star charity, its highest rating, with 93% of the money it raises being used for their programs.  Early on, T2T’s primary mission was to ensure that we would never forget the ultimate sacrifice made by first responders on 9/11.  Today, T2T programs are centered on helping families of first responders and military personnel who have made the ultimate sacrifice.  They do this by helping to relieve the financial burden on these families by paying off the mortgage on their homes.  In addition, they also provide mortgage-free smart homes for catastrophically injured service men and women, custom designed to meet the unique needs of each of these individuals.

The Tunnel to Towers Princeton 5K Run-Walk seeks preserve the memory of the 9/11 first responders and honor our local first responders while raising money for such a worthy charitable organization.  The T2T Princeton will take place on the grounds of Carnegie Center and will be followed by a post-race BBQ dinner and live music!